In September 2014 the team secured a massive boost in the signing of Laura Trott. Boosted by Olympic success Laura was one of the strongest forces in women’s cycling and she had decided to join Matrix Pro Fitness. This really was a dream scenario for the team and all its members and fans.

Having recently announced intentions to register as a UCI professional team in 2015, Matrix Fitness – Vulpine announced today that World and Double Olympic cycling champion, Laura Trott OBE, will be joining the team in 2015. The current British road race champion will move to the team with effect from 1 January 2015, and will ride a program of key events that complement her track racing commitments and intended build up for the Rio Olympic Games in 2016.

“We’re very proud that Laura has chosen our team to further her cycling career. Her achievements in the sport are so huge they speak for themselves, but I’m personally really excited about the positive effect Laura will have on the development of our younger riders in the squad,” commented Team Manager, Stefan Wyman. “Whatever race Laura’s in, whether its track, road or criterium, she’s a major contender for a podium place. That’s exactly what we need and want on the team as we look to make our mark in professional racing in 2015. I know the impact a rider like Laura can have on the squad as a whole, and that will help us transition from domestic to international professional racing.”

Jon Johnston, Managing Director of Matrix Fitness, added “We are delighted to welcome Laura to the team and to be able to support her ambitions. We believe that Laura brings a new dimension to the team in her role as an ambassador for cycling and as a role model for young people. We have many shared values and objectives because the Matrix cycling team acts not just as a publicity vehicle for our brand but more importantly helps us fulfil our corporate social responsibilities, which also include increase awareness of the benefits of healthy physical activity, and to improve particpation levels in sport and fitness, particularly of young people. We also want to raise and address some of the key issues facing women in sport and try to tackle some of the inequalities. Laura is still only 22 years old but she has already achieved so much, I cannot think of a better person to inspire youngsters to get active.

In cycling, over the past five years we have worked really closely with our key partners, the ‘On The Drops’ cycling project managed by Stefan Wyman, and also SweetSpot Ltd – the organisers of the Women’s Tour and Tour of Britain. We are collectively supporting the development of women’s cycling, and I’m sure that Laura’s involvement with the team will drive this project even further and faster.”

The details of Laura’s racing program are yet to be decided, but it is certain to include a balance of professional and domestic races.  “There are so many standout events in the UK now that we want to ensure we still participate in. It’s also safe to say we will be looking to return to the Friends Life Women’s Tour, which was the race that encouraged us to push forward with professional registration”, continued Wyman. “It was an incredibly well-run event, and with other races around the world offering a similar return for sponsors, such as La Course by the Tour de France, we know the sport can start to move forward very quickly.”

“In the coming days we will announce further signings to the team, along with details of the initial team sponsors. We are committed to a largely British team, and hope that in the coming years we can help provide a stable road-focused structure for up-and-coming British riders. However, in 2015 we will certainly have a few overseas riders too, who will bring us experience and help us balance the team in terms of skills needed in the world’s biggest races. The team base will be in Belgium to provide an easy logistical base to European races, while keeping us only a short journey from the UK.” 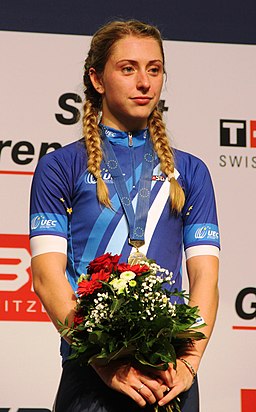 Get Involved With Women's Cycling